Hi,
I’m new to Navigraph, so I’m not used to using the various tools. Yesterday I made a VFR flight plan with navigraph and it was correct. Fs20 loaded it well in G3000 of my plane.

I installed in FS20 the moving map, which I launched, I loaded my flight plans and so everything seems to be done correctly. 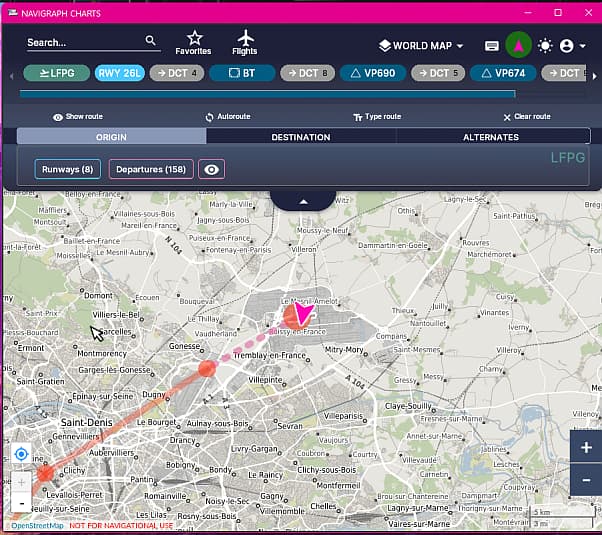 Therefore I do not see the airport with the taxiways to reach the runway.

In your screenshot I see the icon of your plane. Or what do you mean?

Therefore I do not see the airport with the taxiways to reach the runway.

The in-game panel is still the old version 7 of the app where you can’t zoom further than this. We are working on an update to the in-game panel with most of the features of the version 8 release, including the possibility to zoom closer to the airport.

the icon on the map is not that of an airplane I thought it was to indicate the location of the airport?

Your version 8 is really essential but provided you have the same zoom level of the FS20 map, which we have to open since movingmap navigraph is not currently developed.