I create a FP in SimBrief, generate the plan and use the SimBrief downloader to move the resulting .fms file into E:\x-plane 11\output\FMS plans. Then I fire the XP11 simulator, start a new flight at some airport and go to the FMC. There I press FPLN, ROUTE MENU, CO ROUTE and expect to see the flight plan show up there. Well, it does not! Can somebody help me with this frustrating problem? Thank you.

For which aircraft and version?

Sorry, forgot to mention - default 737
THANKS

In SimBrief Downloader Program Settings, please ensure you have correct X-Plane Simulator path set. For me it is F:\X-Plane 11:

For SimBrief Format page, for X-Plane 11/12, press CLICK TO ACTIVATE THIS FORMAT:

In Program Settings, I suggest: 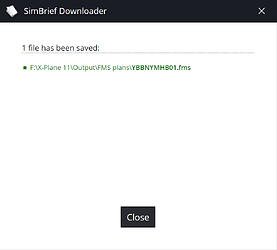 You should see the same in your E:\x-plane 11\output\FMS plans?

If so you should be able to load into default 737 using your procedure FPLN, ROUTE MENU, CO ROUTE: 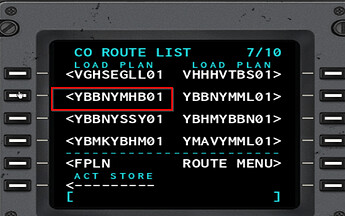 Thank you very much, I am going to try all those details you mentioned. I think the “activate” suggestion might be it.
Regards

Dear Ian, did exactly as you suggested, unfortunately, problem remained, the plan file did not show in the FMC.
Thanks for the help try. I think that maybe there is something wrong with the simulation program set-ups. Would you know if I need a special plugin installed? What relevant plugins show in your plugins menu in the sim itself?
Thanks 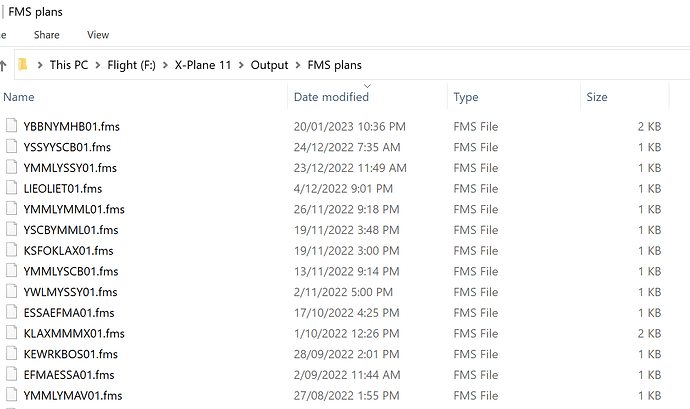 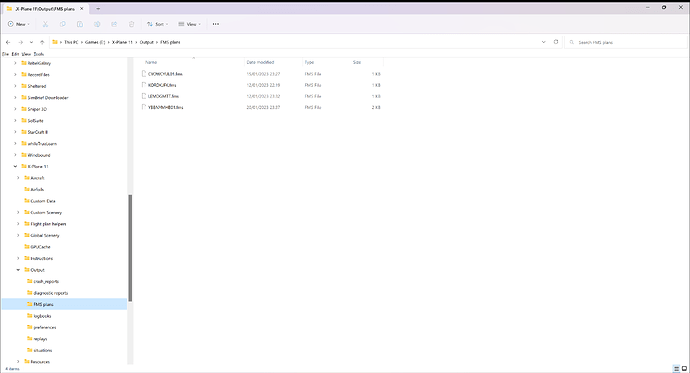 Hi Ian, would you suggest reinstalling the x-plane 11 software?

If you don’t show the same Plans as the four you have in E:\x-plane 11\output\FMS plans, using the exact same procedure you mentioned above, then there is a problem with the default 737 not showing the plans.

Make sure you have the latest up to date X-Plane 11 version.

Hi Ian, I have solved the problem! I’m putting the solution here in case somebody else encounters the same.
The installation was through Steam, and it created TWO paths to itself. One being the one I showed a pic of above, which points to my E drive dedicated to games (the drive I had indicated before the install had begun). The other, however, points to another directory system (Windows) on my C drive at program files(86) and have “steam” in its path. However, this one lacked the “FMS plans” subdirectory in its “output” directory. The sim program was looking for the flight plans right there! When I copied the lacking subdirectory from E to “output” on C - WOILLA! FMC found the flight plans.
Thank you very much for your time and try.
Al

That is strange, but not the first time I have experienced strange Steam influenced paths.

You are welcome. Glad it is resolved.