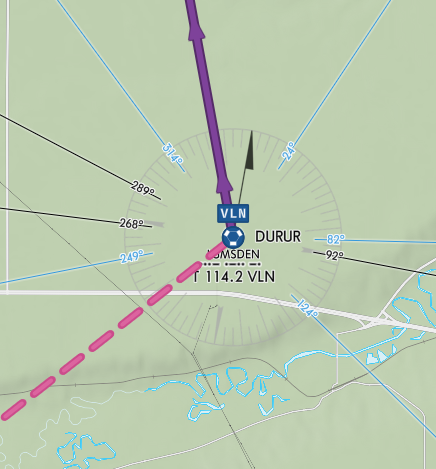 On a related note, it would also be nice if the bearing and distance were conveniently shown next to the large airway nameplate at the midpoint of the segment, like when using direct legs between waypoints.

Having the same issue and came here to report it. I planned a VOR to VOR flight using airways for the DC-6, and now with the route loaded I’m unable to see the radials I need to set in order to follow the airways.

A way to make the route semi-transparent would be nice and at least to my mind a reasonable way to solve this. This also affects procedure charts - if you use the “overlay” version, the route line often is on top of and obscures things like leg altitudes and tracks.

We’re noting your feedback and will see what we can do about it!