Greetings Ian, and continued thanks for your help for us simmers.

Completed a ‘real’ flight from EGKK to GCLP and back just a few of days ago and returned with ACARS route readouts from both flights (courtesy of the BAW Flight Crew) and I’ve now flown both sectors in my FF A320 Ultimate XP11 with the current AIRAC 2213. Unfortunately, I didn’t have the current AIRAC loaded on the EGKK to GCLP route but I noted several waypoints missing from AIRAC 2212. Obviously, they may have been added to 2213.

When I flew return leg in XP11 using AIRAC 2213, I found that there was the BIMBA 7A SID missing from the FMC SID database from GCLP and also the VASU 1G STAR into EGKK for 26L. En-route there were several waypoints missing, Here is the complete list from the ACARS printout of the route we were planned for in front of me.

Could you please check all these issues.

In addition, I’ve saved both the routes from SIMBRIEF into the CORTE.INI file but they won’t load into the FMC at the Co Route option e.g. LGWLPA01 or LPALGW01, and it says that they aren’t in the database. When looking at the corte.ini files with Notepad, I can see that they’re there but they won’t load. What am I doing wrong?

All seemed OK with exception of MID/11 instead of 22MID ? Not sure of the significance. 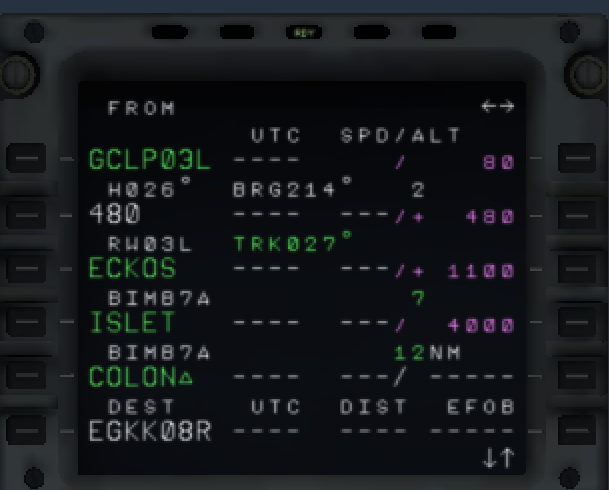 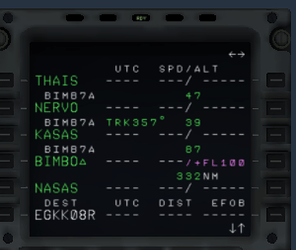 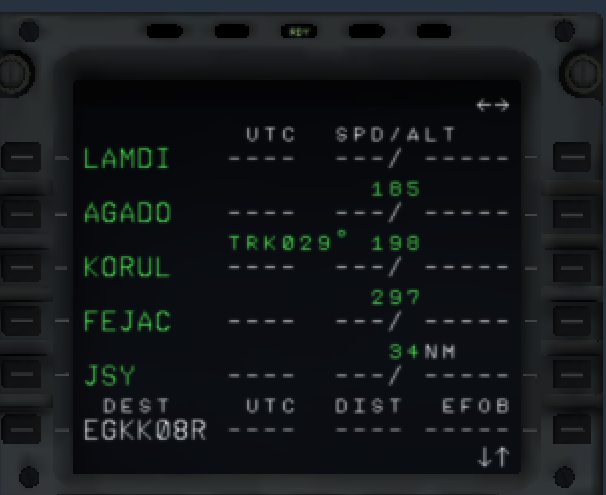 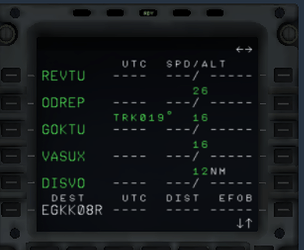 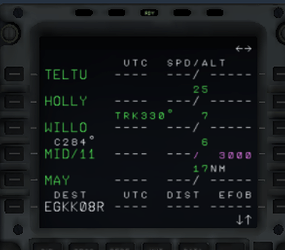 Tried loading LPAGW01 via CO Route, and also got Not in Database error. Would need to investigate FFA320 on that one?

Thanks, I’ll try that again. When selecting the SID I only got offered a BIMBO 5A with no intermediate points. Strange? Again, when trying to select the STAR I didn’t get offered the VASU route. I’ll reload the Nav1 & 2 files and see if that works. Regards TG

Sorry, that should have read BIMBA! TG

When selecting the SID I only got offered a BIMBO 5A

There is no BIMBO5A existing in our data, we have only a BIMBO7A or 4B departure out of GCLP but no other one to BIMBO.

So, it looks like - you have still an issue with the cycle because I´m pretty sure, that you use an outdated cycle. Can you confirm, that the FFA320 shows the currect AIRAC cycle on the FMS ident page (please post a screenshot of this page)?

I’ve just taken three screen shots and can confirm that I’ve checked the AIRAC cycle is correct every time. The files in the FF320 *.dat file are also showing the correct AIRAC number (2213)

The SID from 03L/R on the FMC is showing only the BIMBO 5A as you can see, and the VASU STAR for KK ILS26L is not offered or listed; the SID charts on the website show they are the BIMBO 7A.

Can you please check that the BIMBO SID in the file is correctly numbered? I used to be able to check things like this, but currently don’t now how to open the NAV files to check the data. What app can you use to open these files?

I know that we only have a few more days of 2213, but perhaps you’d like to sort this out and not have it continued into 2301.

Regards, thanks and best wishes from, 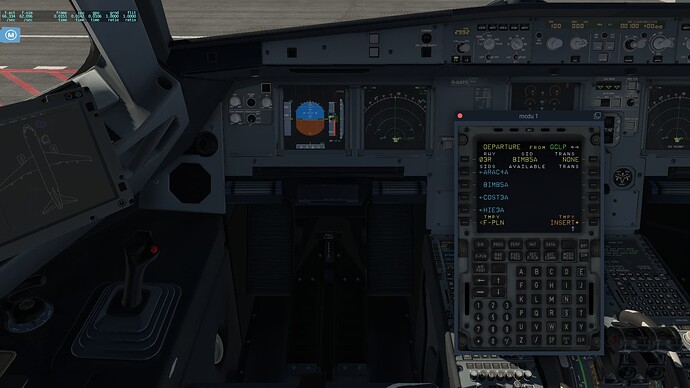 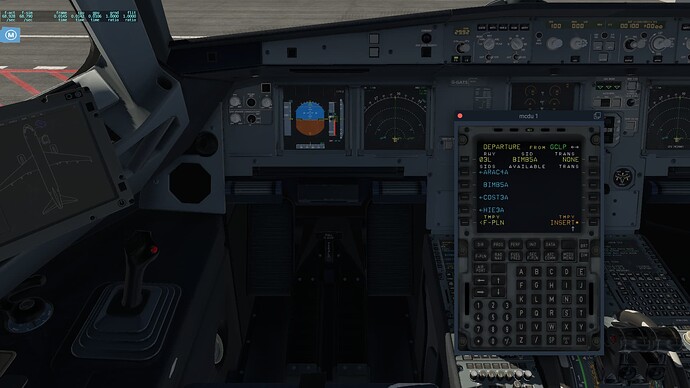 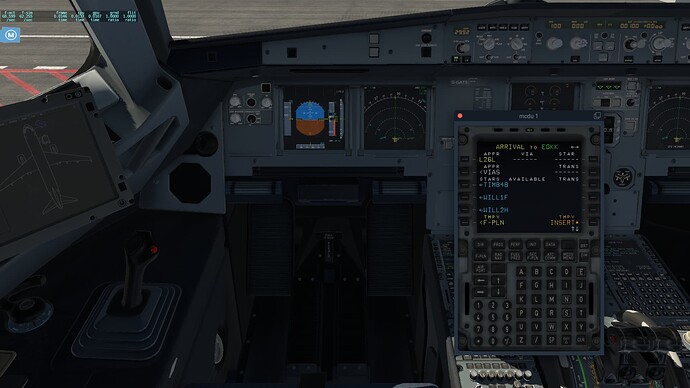 Hi Terry,
please can you take a screenshot from the FMS ident page because only on the ident page, you see which AIRAC you use.

I’ve managed to solve the problem by deleting everything in the FF320U data folder and reinstalling.

You’ll be glad to know that everything is working fine now, with SIDs, STARs and waypoints as they should be. Take a rest now please,

Thanks Terry, glad it is solved now … good job

Have a nice sunday and thanks again for your kind wishes …