Why does SimBrief change the name of the airway?

Why does SimBrief not use the UN851 airway identifiers as shown on the IFR Jetways? e.g. UN851 or IB900 and where does it get the name B46 for the UN851 Segment from?

N.B. I can see both B46 and UN851 in LittleNavMap which is even more confusing

I guess it has something to with this?: 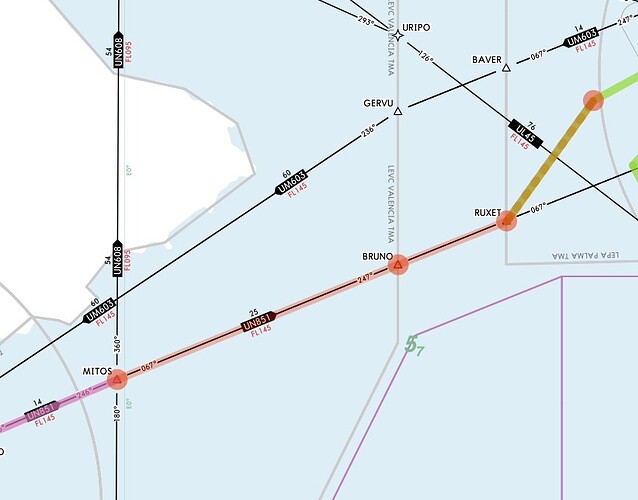 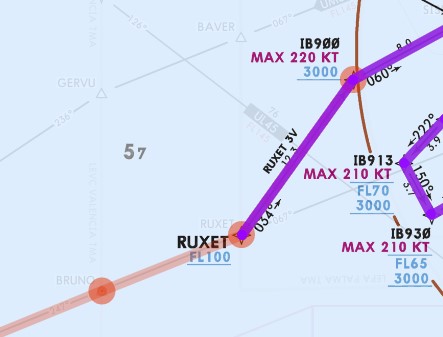 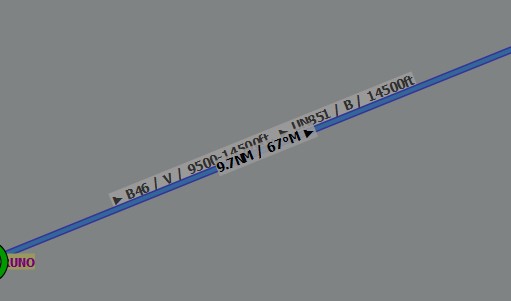 It seems in the current version of Navigraph charts, the B46 airway isn’t shown even when using the “Low Enroute” map layer. This is a bug, but I’ve confirmed it is already fixed in the upcoming Charts beta.

The real question we should be asking is why LittleNavMap has incorrectly modified your route. UN851 is not valid for your planned flight level. Also, it isn’t valid to proceed from RUXET directly to IB900 to join the RUXE3V STAR. You should join the STAR immediately after RUXET as SimBrief has done.

Long story short, from what I can see, SimBrief’s route is correct. The one LittleNavMap has exported is not. But both contain the same waypoints and should load more or less the same way into your FMS or simulator.

Thank you so much for your reply. I really appreciate your help and can confirm that I see B46 in the beta as well, so everything is working as planned. For reference, I just exported the route again from LNM to the clipboard and this is what I got, so it is correct except it’s now missing the runway data.

I realise now, after checking again, that what I pasted earlier was the ‘Flight plan Route Description’ from LNM, which appears to be something different (and is not correct). User error. 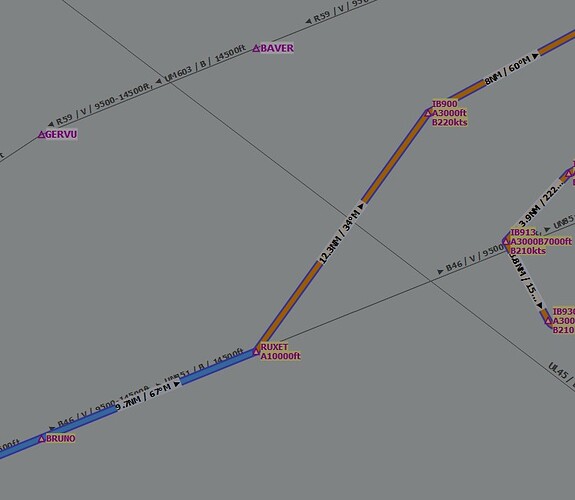