Hello. With the release of the PMDG 737, I’m wondering if the Southwest Airlines OFP might get updated in the future to include ETOPS flight planning? Currently it seems I can check the box for ETOPS planning but I get no results on the OFP. I assume it’s just not enabled?

Thanks for all you do.

I agree please add this to simbrief.

Hello, I have put your request in. Ensure that you select the airport in green and ETOPS in the dropdown. 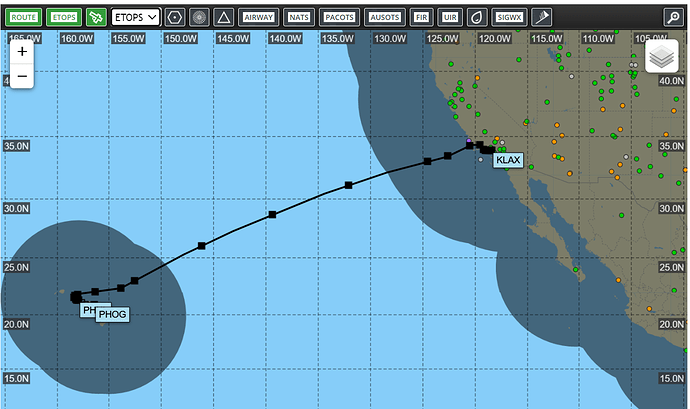 just the EEP EXP and ETP Cords would be great to have.

100% agree. If we could just get the OFP to give the EEP, EXP and ETP, I would be happy. I don’t need the extra fuel info. With MSFS I don’t need all the data for diversions and contingencies.

Hello, we are working on SWA release ETOPS.

I’ve added initial ETOPS support to the SWA layout. Not 100% sure if the location of the ETOPS sections is correct though, I might update the layout further in a few days if we manage to get some more data. 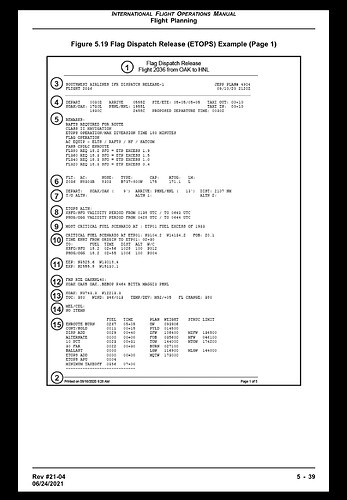 Thanks! Will try to add this over the weekend.

Put the highest APU fuel in this area, the 560 lbs for the DECOMP 1 ENG into the fuel ladder and you’re there 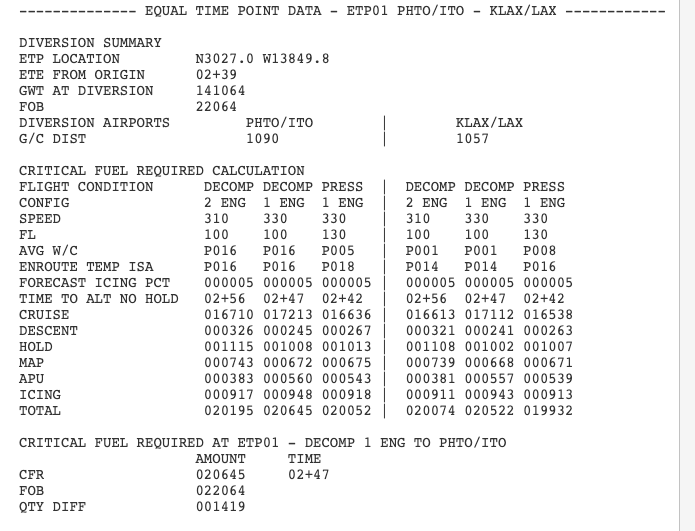 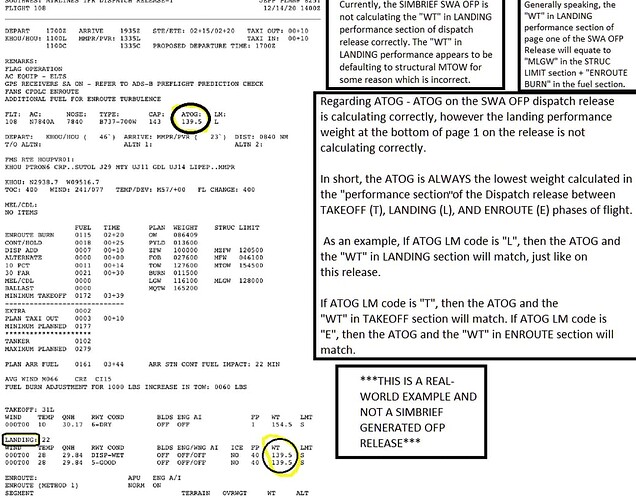 I am the Director of Dispatch at Southwest Virtual Airlines (swavirtual.com)

Any chance we can get these issues shown in the screenshots resolved?

If you need more clarification or have any questions regarding this matter please let me know.

EDIT: To be clear, these corrections would apply to ALL SWA OFPs at SimBrief and NOT just the ETOPS OFP.

Hi, sure. I’ve updated the layout, let me know if it’s better now.

Perfect. Thank you very much!!

Also, one last thing I noticed, when you intentionally make a separation line in the remarks, it does not honor that when it generates the dispatch release OFP in SimBrief.

For example, if I want the dispatch release remarks to read like this:

On the SimBrief generated Dispatch Release OFP However, it will show incorrectly as this:

Is there a way we could get this resolved?

Thank you so much!

This might take a little while longer to fix. For now, I recommend typing a period on each separation line. This will at least prevent the line from being trimmed. Not perfect, but it’s at least somewhat of a workaround.

You are the absolute best!! Thank you so much sir!! You are a true gift to the flight sim community!

Lastly, is there a chance we can implement a FLAG specific OFP format for SWA flights? We currently only have normal SWA OFP format (Domestic Flights) and SWA ETOPS OFP format.

The reason for why "30 FAR and “10 PCT” must be included on the dispatch release (OFP) for any FLAG flight can be found in the following Federal Aviation Regulation:
FAR 121.645 - FLAG fuel requirements

That being said, is there any chance we could get a new “SWA FLAG” OFP format added so that we can Dispatch SWA FLAG flights legally and correctly? As well, can we change, in the fuel breakdown section of the SWA ETOPS dispatch release (OFP), “FAR RESERVE” to instead read “30FAR” and as well include “10PCT” above the “30FAR” with the correct calculation so we are in compliance with FAR 121.645?

Here is are some real-world example images.

I really appreciate everything you do for us in the community, Derek!

There are now 3 new choices in the Reserve Fuel option: FAA (Auto), FAA (Domestic), and FAA (Flag). Auto will choose between Domestic and Flag reserves depending on the departure/arrival airports.

There is no need to add a separate SWA layout for Flag flights, simply choose the appropriate Reserve Fuel option and the layout will be adjusted accordingly.

Let me know if it works properly!

I just reviewed the changes and they are all immaculate. Thank you very much sir!

One quick thing though, I noticed that SimBrief automatically adds “FLAG OPERATION” dispatch remark to any flight if either the destination or the origination is located outside of the Contiguous United States of America (CONUS-Lower 48).

Southwest Airlines has Operation Specification (OpSpec) A012 which allows them to dispatch under domestic IFR rules to airports no more than 950NM from the Contiguous (Lower 48) United States shoreline.

For this reason, is there a chance we can make the system only add that “FLAG OPERATION” dispatch remark if it detects that the user selected (FAA FLAG) reserve in the selections dropdown?

Thank you so much sir for all you do!

Sure, I’ve changed it so that it won’t include the Flag remark if FAA (Domestic) is chosen in the reserve option. FAA (Auto) will still show it if the flight meets Flag criteria, as will FAA (Flag) obviously.

If we could get these things corrected in the SimBrief layout it would be IMMENSELY appreciated.

This would make the realism of SimBrief increase 10 fold if you could add this functionality as pretty much every flight in the real world has either DISP ADD or TANKER fuel on every dispatch release (OFP). 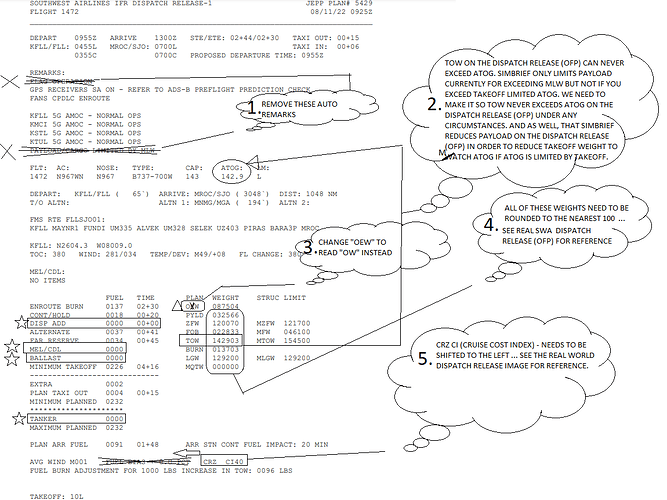 REAL-WORLD SWA OFP Dispatch Release for your reference, SHOWN BELOW: 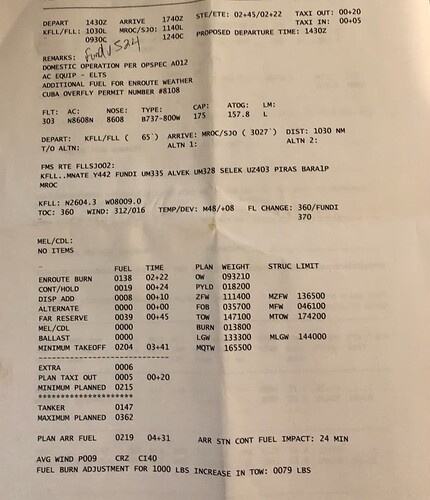 Please let me know if you need any other information regarding these requests. I would be more than happy to provide anything you may require.

Looking forward to talking with you very soon!