Whne I autoroute from Luton to Glasgow (300nm), I get loads of waypoints as close as 20nm in the first part of the route, and nothing in the second half of the route.

Surely that isn’t what you want out of an autoroute? 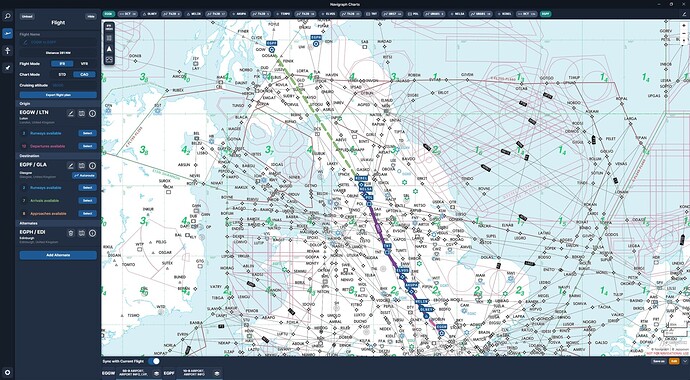 Also, did this type of thiing ever get fixed?

While |'m asking, is this appropriate routing from autoroute?

3381nm from Germany to New York.
28 waypoints in the first 20% of the journey.
Some only 10nm apart.
And a big kink near the start of the route (although perhaps this is the plane joining an airway???).

I’ve seen this a lot with autoroute. Many waypoints near the start, greatly easing off later in the route. 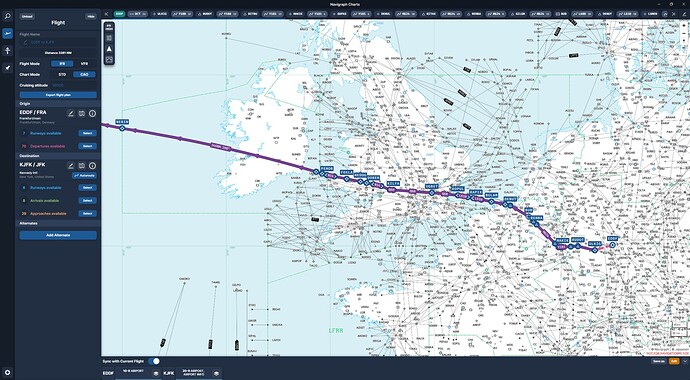 Then nicely spaced waypoints for the rest of the journey. 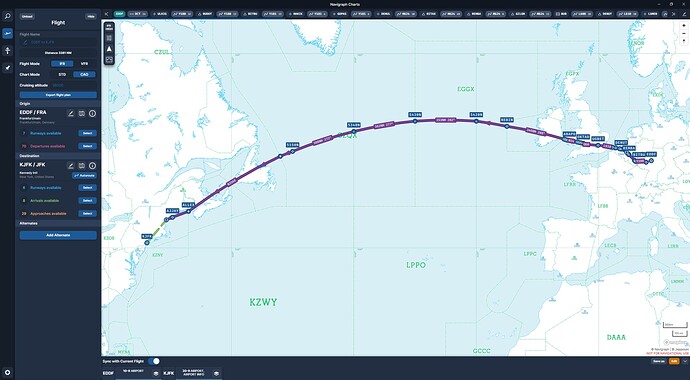 Yes, it seems that it is working as expected. You are seeing every waypoint on the airways that were selected. On the later portion of the route, the nav points are spaced out because the atlantic track has waypoints that are futher apart.

The green dashed line after autoroute normally means there is a STAR option available for this segment. So it is normal that autoroute ”ends” where you can complete your route with terminal procedures. Did you check the appropriate arrivals at Glasgow after you pressed autoroute?

Did you check the appropriate arrivals at Glasgow after you pressed autoroute?

Maybe that’s it. The green dotted line did start at a STAR point. It was just an unusually long STAR in this example. Every other STAR for the same destination was at least 50% nearer the destination.

Thanks for your info.

I’m still not getting this.

I tried to another airport. This time the dotted greeen segment was much shorted after the autoroute.

But there are no arrivals available to fill the route in.

So how do I fill that gap between the end of the route and the approach? There is nothing to delete on the route at the top of the screen between NEXUS and the Approach. 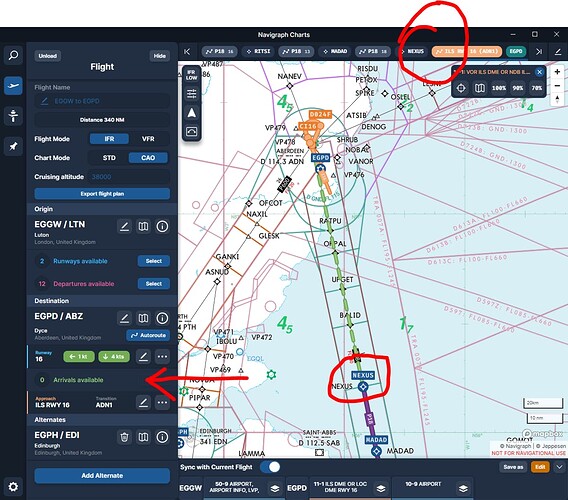 Seems strange that such a busy airport has no STARS.

Correct, no arrivals at EGPD. You can verify by checking the STAR charts.

Thanks, but that wasn’t really my question.

My question is what do I do when there is no sid/start. How do I fill in the part of the route which is a dotted line?

Or do I just accept the dotted line?

If you zoom in a bit you see that ADN is the first waypoint on the approach (transition point). 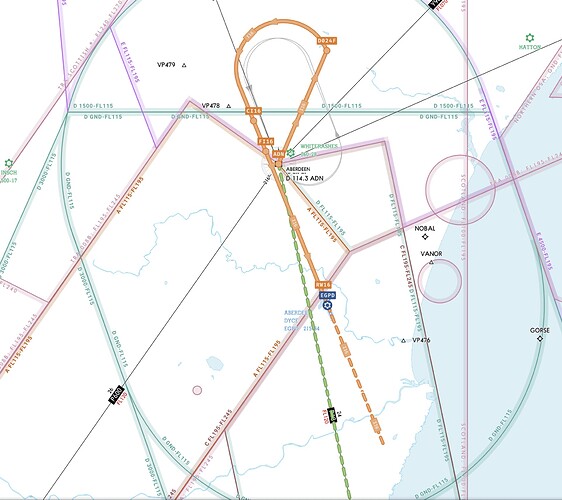 So to remove the dashed line we need to add ADN as the last enroute point too. There are two ways:

Or… (2)
Right click in map on the ADN point. In the “Location” list in the bottom left, scroll down to navaid ADN (Aberdeen) and click it so the row becomes blue. Then in the bottom press “Add to Route”. 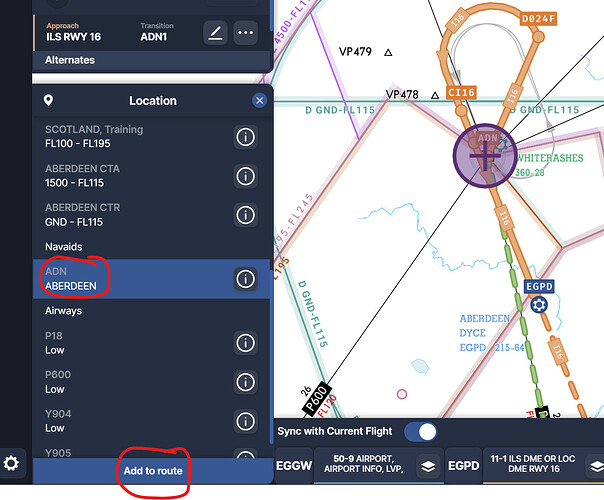 Make sure “After” and “NEXUS” are selected and then press Add. 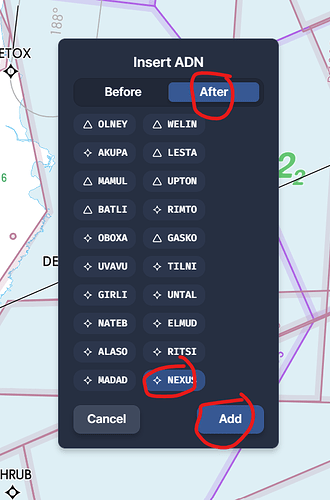 In the end, the dashed line is gone and ADN is now the last point of the route: 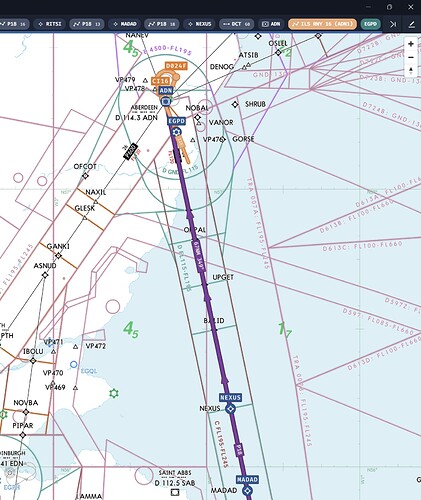 This whole process is handled a little better at larger airports where there are arrivals available. This is a bit of an exception.

Thank you so much for this detailed explanation. It really helps a lot.

And thanks for your wonderful product, and for all the new stuff in v8.