I was asked on your Discord to bring the topic up in your forums so here we go. The folks at working title also sent me here

I’m using the latest MSFS AAU1 Beta with the CJ4 and Stock airports such as EDDS or EDJA.

On the CJ4 MCDU FREQUENCY page, those airports do not show any ILS/LOC frequencies, even though they do have ILS: 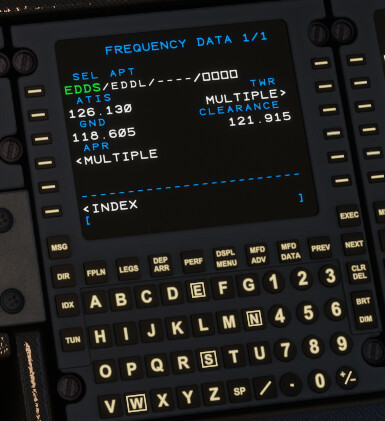 Other airports such as EDDL, KJFK, you name it, do have the ILS frequencies associated: 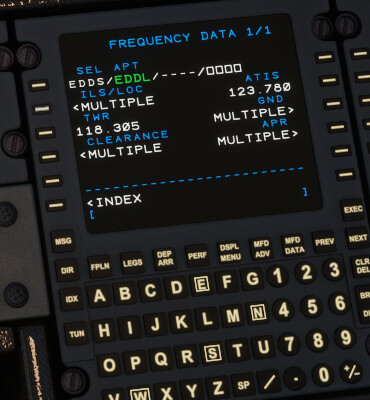 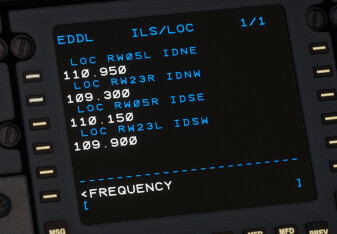 When doing a flight and setting up an ILS approach in the FMS, this enables the aircraft to display “ghost needles” as soon as the localizer is received, while still in FMS NAV mode. It also lets the aircraft automatically tune the localizer frequency and switch to ILS as NAV source.

Is this due to missing frequencies in the FMS data and/or wrong runway alignment of the navdata (this is what Working Title suggested)?

Hi,
thanks for the report - the issue is more a AAU1 beta one …

I have checked the two example via the WorldMap, which uses the same data from the sim:

EDDL:
You see IDNW, IDNE, IDSE and IDSW - all four ILSes are included - the runway idents are equal to the real-world 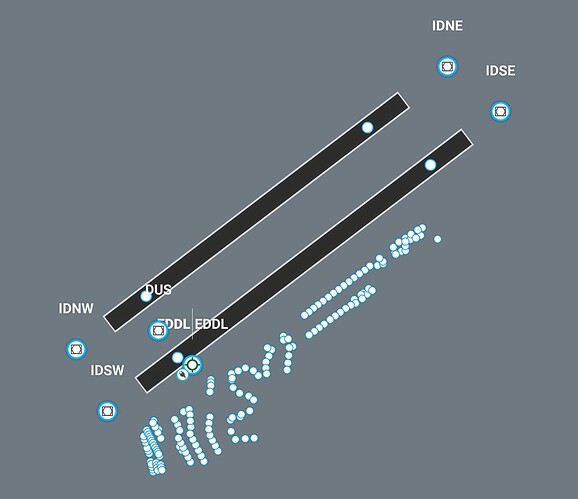 EDDS:
Same here ISTW and ISTE - both are designed as Localizer DME, runway idents are the same as in real:

You should be able to test it by your own directly on the WorldMap, when you enter EDDL or EDDS. The WorldMap uses exactly the same data as the CJ4 does. So, when the CJ4 doesn´t shown the ILS information, it´s an issue in the CJ4 because as you see, the data are included (at least on the WorldMap).

and here EDJA - the same as EDDL and EDDS - IAMW and IAME available, runway idents are the same as in real: 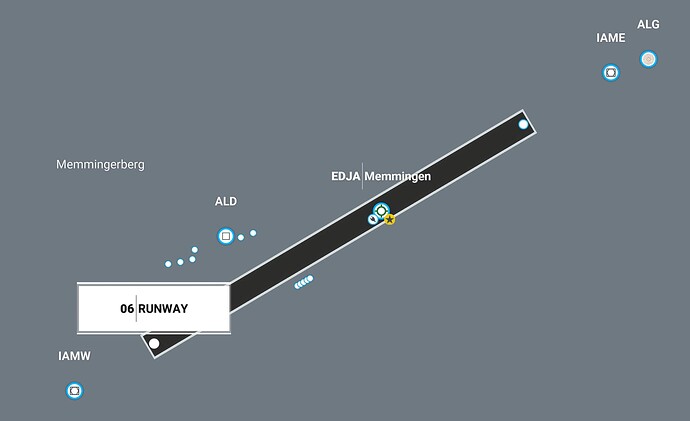 Again, all localizer are included in the navdata file, coded all in the same way … check the WorldMap if you find it on it. When yes, you know, that this is a CJ4 issue. I can´t see any navdata issue here.

PS: by the way, EDDS and EDDL were included in the german WU - it would be strange, when the runway-idents are not up2date

Hi, thanks for the quick feedback! I did the check on my end and the localizers are indeed visible on the world map… I guess I’ll have to report that back to the folks at Working Title

Yes please, it seems a general issue because that same happens with the current MSFS version in none beta status.

The data are there as you see, the sim can use it and you can use it, means the sim recognize the ILS when you enter it manually.

When this would really a data issue, you will not see the data in the WorldMap, nor can you set it in the FMC/Garmins and thats not the case.